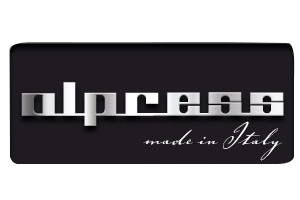 1972- 1980
Located in Pavone del Mella (BS), Alpress is a family company with roots dating back to 1972, when Mr. Farina and Mr. Serramondi created the company.
In the 70s and 80s Alpress was devoted to manufacturing irrigation system components, such as sprinklers, indoor and outdoor furniture (curtains, chairs, tables), and hydraulic
components. The first plant spread across a 900-sm floor space including offices and the production area.

1980-1990
New offices and an adjoining plant were built in the following years; the latter was used as tool workshop and warehouse for storing moulds. The company used to have 5 die casting
machines ranging from 100-300 t , and onboard holding furnaces The number of die casting machines steadily grew over the years.
In 1993, the new plant housed 8 presses and 2 furnaces located in a designated area.

I2012, self-regulating heaters were added, and are still integrated in most of our machines. It is easy to see that building-improvement and automation have always gone hand in hand. The
company, once located in one plant, has grown to a 21.772 sqm facility and 8488 of floor area.
It now employs 58 employees, and houses a melting area, 5 furnaces, 2 die casting facilities, a tool workshop, a warehouse, and 3 storage areas for semi-processed and processed products.
A waterproof parking spreading across 2000 sqm floor area is also available for customers and employees to use. 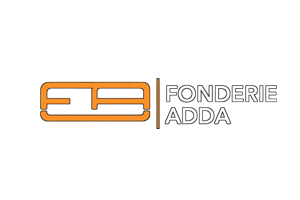 Founded in 1962 Fonderie Adda S.r.l. It is a Family owned Company, economically sound with a special attention to Quality and to Customer Service.
The Foundry produces Gray Iron castings, giving preference to small and medium series but in some cases

Quality Dep.: Testing department equipped with the most performing devices according to Costumer’s Regulations and Manufacturer ‘s specifications
– +GF+ Equipment for measuring molding sand characteristics – 1 BAIRD spectometer for the chemical analysis of the casting iron produced, and for rough material – 1 Reicherter 3000 durometer – 1 Leitz microscope with camera for micrographic test -Complete set of devices to check dimensions and depth of casting – Complete set of gauges 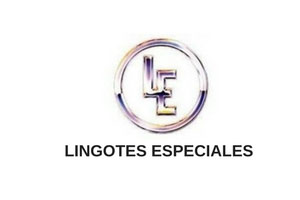 Lingotes Especiales SA is a company dedicated to the supply of iron pieces.

The company has the means that allow it to offer the clients not only cast parts, but also part design, the supply of assembled subassemblies, offering the possibility of manufacturing prototypes, functional validation tests, machining and painting of parts. The human team, key in the Company, has experience and know-how that allow to offer products with more added value, always seeking to satisfy the customers, which, together with competitiveness, will allow to continue being one of the foundries of reference in Europe.
To meet its goals, it has a factory, head of the Group, dedicated to iron foundry and founded on July 20, 1968.
The subsidiary Frenos y Conjuntos, SA , owned 100% by the parent company, began its activities in 1998 to dedicate itself to the machining of iron products, as well as other finishing processes, paints and other additions to pieces that are destined directly for the first automotive equipment, as well as original spare parts. In addition to the automobile sector, we also work for other sectors of the industry, such as civil works, submarine wiring, household appliances, and industry in general.
One of the most important milestones in the history of Lingotes Especiales was its listing on the Stock Market on March 30, 1989 , moving to the Continuous Market in 2006, since then forming part of the “ IBEX SMALL ” index on the Madrid and Barcelona Stock Exchanges. CAP
The company has modern facilities with the most advanced production systems worldwide, from induction furnaces capable of melting 170.000 Tm, to the most innovative finishing control facilities.
Four DISAMATIC vertical lines molding systems make the company specialist in medium and large series.

Lingotes S.A. also has specific production lines for high-volume taps, to the manufacture of high-tech and safety parts, especially for braking.
The facilities occupy 152.000sqm , of which 25.000sqm are covered.
We also have another plant, the machining plant, with 30.550sqm of which 9.500sqm are covered, which contains state-of-the-art lines of machining, painting and assembly processes, allowing the deliver of fully finished parts ready for final assembly; to the manufacturers of the first automotive equipment, both to the various constructors directly and to their Tier 1.
The weight range of products is from 0.1 to 30 kg for both grey and ductile metal castings.
Certifications: UNI EN ISO 9001:2008 – ISO TS 16949:2009 – ISO 14001 – ISO 50001

Quality and competitiveness “Quality has always had the customer at its core, seeking their satisfaction, and process efficiency, seeking competitiveness” The growth of the company has benefited from the shuttle that underlies its business culture from the beginning.

Lingotes Especiales S.A. is approved to supply any manufacturer anywhere in the world, allowing to export between 70 and 80% of the production.
Human resources The deep knowledge of the foundry and its processes, the experience accumulated in more than 50 years in the sector, the skills aimed at continuous improvement and its people are the best assets that our company has.

Ethical code: Our human resources are our main value, and Grupo Lingotes Especiales promotes the personal and professional development of its workers , betting on continuous training and internal promotion. 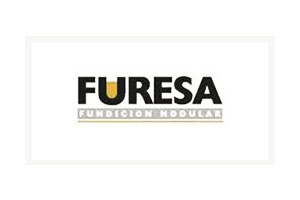 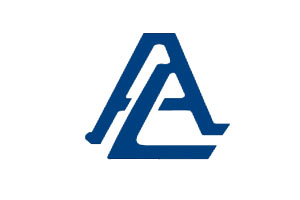 Founded in 1977 It is a family owned Company. 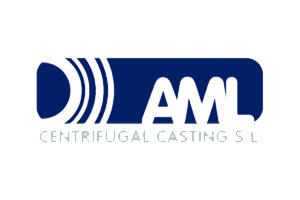 Founded in 2010 AML Centrifugal Casting SL is a company established in Lekunberri (NAVARRA) for the manufacture of parts by static centrifugal casting. The pieces are cut, machined and, if required, polished according to the needs of our customers.
The company is specialized in parts with a diameter of up to 1200mm and in a wide variety of materials, such as all kinds of carbon and stainless steels, nickel alloys,… for oil, food, chemical or gas market applications.

Valve Balls & Special Products: Products can be supplied, as : Tube sections for their further machining – Shaped pre-machining pieces – Completeley finished pieces as per drawing Solid and Hollows balls , nominal diam. From ½ to 48’’ with various designs such as floating, trunnion mounted, theree way ‘’T’’ and ‘’L’’ – Sea Rings
Other small parts like valves seat rings with high grade of dimensional accuracy and precision – material is always available to store – Bodies and Laterals. 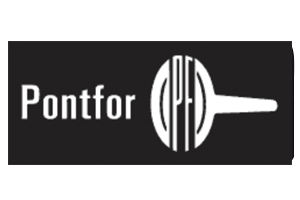 Selenia Metalli S.a.s is a family Company operating in the field of hot forging with horizontal and vertical presses and with HATEBUR for the molding of high and very high series, in a closed mold.
The company manufactures more than 400 models of hot forged neck rings and bungs for all the main world cylinders and gas tanks producers in domestic and industrial fields. – Parts Weight from 0.500 g to 5 kg

Selenia M has the department for mechanical finishing and is able to supply machined, treated and painted parts.

Selenia Metalli operates in the energy sector producing over 500 models including ring nuts, collars, hot forged nuts for all the worl producers of gas cylinders and tanks for domestic and industrial use.
The higt technology allows to produce any thread (by tool or rolling) according to international standards and any hot-stamped steel and aluminum.
The company philosophy is constantly oriented towards technological innovation in order to improve the four strategic factors: Service & Quality.

Flexibility & Price.
This has allowed us to expand by exporting our products to all the most important international markets.
The hot forging Dpt, guarantees all customers quality rings, collars, gear, and nuts made with a production capacity of over 100.000 pcs for day.

4 hot forging lines provide for different types of presses to better adapt to the increasingly specific customer requests, both in terms of quantity and in terms of manufacturing complexity.
The in-house hot stamping shop, forging of steel and aluminum ferrules, collars, gears, flanges, hubs, flange nuts, nuts. Furthermore, the molds used in the molding phase are made in our internal workshop.
The Forging Plant also produces steel and Aluminum ferrules for cylinders and tanks in the white, industrial and automotive sectors.
The forge places the quality of its rings, collars, and nuts at the center of the entire production process.
For this, Selenia Metalli S.a.s. Is Certified ISO 9001 – 2015
The quality Dpt monitors all the pieces produced using state-of-the-art tools and is constantly updated, from the incoming raw material to the machining quotas performed on the finished piece.
This is why the company commitment is continuous research aimed at creating innovative automation and systems for 100% in-line controls throughout the production cycle.
This has led over the years to constantly invest in increasingly advanced technologies to guarantee excellent quality and safety standards.
All Selenia Metalli ferrules, collars, and nuts can be supplied with different types of certificates based on customer needs.

GOL S.A. has been founded as a family company in 1971
In 2006, it became part of the Group Alfa. Since 2015, the company belongs to the Korean group Global Seoul Metal with headquarters
in Seoul.
Gol S.A. has 2 manufacturing plants in Spain, 1 in Romania and several in Asia (China, Vietnam, Korea, Philippines and Malaysia).
Through a 40 years research and development of technology, Seoul Metal has become a manufacturing company specialized in two different areas: cold forged parts and vision sorting equipment reaching turn-over of > 150 M € with 1000 employees.
The company is specialized in the AUTOMOTIVE & ELECTRONICS industry, but also open for other industrial sectors.
The Company works in co-engineering with its customers optimizing the design of the parts to be produced.
Once defined, the team is responsible for each stage of the production process:
Tool Design – Forging – Thereading – Cleanning – Machining & sub-assembling – Heat & Surface Treatments – Patches – Unitary Inspection by Eddy-Current & camera Control Machines

PRODUCTS & APPLICATIONS: The company is specialist in the manufacturing of special cold parts and fasteners ( Safety parts – Seat parts, – Shock absorber parts – Antivibration rubber metalparts – Other Applications) Internationally recognized companies in the automotive sector have placed their trust in us.

We use cookies on our website to give you the most relevant experience by remembering your preferences and repeat visits. By clicking “Accept All”, you consent to the use of ALL the cookies. However, you may visit "Cookie Settings" to provide a controlled consent.
Cookie SettingsAccept All
Manage consent

This website uses cookies to improve your experience while you navigate through the website. Out of these, the cookies that are categorized as necessary are stored on your browser as they are essential for the working of basic functionalities of the website. We also use third-party cookies that help us analyze and understand how you use this website. These cookies will be stored in your browser only with your consent. You also have the option to opt-out of these cookies. But opting out of some of these cookies may affect your browsing experience.
Necessary Sempre abilitato
Necessary cookies are absolutely essential for the website to function properly. These cookies ensure basic functionalities and security features of the website, anonymously.
Functional
Functional cookies help to perform certain functionalities like sharing the content of the website on social media platforms, collect feedbacks, and other third-party features.
Performance
Performance cookies are used to understand and analyze the key performance indexes of the website which helps in delivering a better user experience for the visitors.
Analytics
Analytical cookies are used to understand how visitors interact with the website. These cookies help provide information on metrics the number of visitors, bounce rate, traffic source, etc.
Advertisement
Advertisement cookies are used to provide visitors with relevant ads and marketing campaigns. These cookies track visitors across websites and collect information to provide customized ads.
Others
Other uncategorized cookies are those that are being analyzed and have not been classified into a category as yet.
ACCETTA E SALVA